TARDIS is a mid-level THC strain with a well-rounded mix of cannabinoids, many of which research indicates have tumor fighting properties. This strain has a complex, satisfying taste and aroma built on a terpene profile seemingly designed to keep anxiety and pain at bay while still encouraging productivity. Used properly, TARDIS could be just the thing to help you keep track of everything that needs doing and, at the same time, stay calm and focused enough while you do it to get it all done, one thing at a time.The energetic Sativa nature in the lineage of TARDIS is nicely toned down by the effects of some of the lesser-known cannabinoids this strain consistently has in its makeup. CBC has powerful pain- reducing and anti-inflammatory properties, and some research indicates that it is several times more effective at moderating stress and anxiety than CBD. CBG is likewise anti-inflammatory, as well as an antidepressant that promotes brain cell and bone growth, and has promising tumor-inhibiting properties. Finally, THCV is great at blocking and reducing panic attacks and tremors, and research indicates it helps reduce brain lesions and stimulate bone growth. Some of the terpenoids that contribute to TARDIS's distinctive aroma are also great for helping to relax and avoid anxiety, including beta-myrcene, caryophyllene, limonene, linalool and azulene. Beta-myrcene, caryophyllene and limonene also appear to have cancer-fighting properties as well. 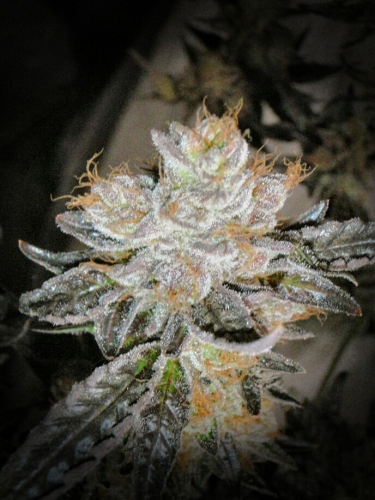