4x in Oberösterreich 2x Schärding Tumeltsham Braunau
Super Silver Haze / REG 18er / Mr. Nice Seedbank
A champion of champions since winning its hat-trick at the 1997, 1998, and 1999 High Times Cannabis Cups and comprising the most commercial strains known to the uncivilized world: Skunk, NL and Haze. Such achievements confer an undoubtedly regal pedigree. It’s an excellent breed for those who wish to possess the stash of stashes and leaves one gasping for reality. It can be harvested in 8-10 weeks with top yields and heavy resin production. In the northern hemisphere completion date would be around late October; in the southern hemisphere, late May/June. 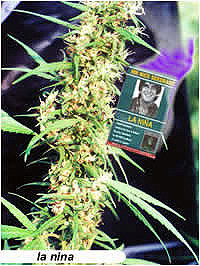